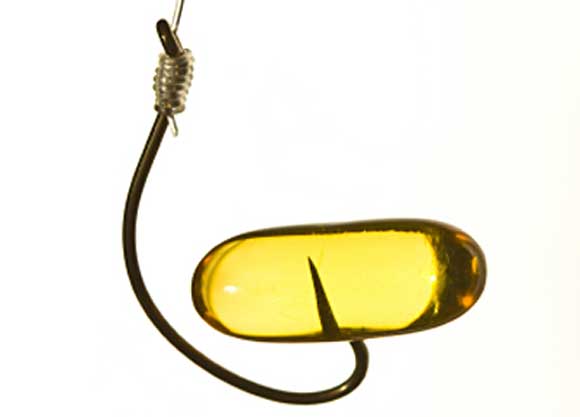 Important! If you’ve answered ‘yes’ to one or both of these questions, continue reading to find out what you need to know BEFORE you start taking a fish oil supplement.

Why are so many people starting to supplement their diets with fish oil?

Are there reasons to be concerned about contaminants?

However, despite these health benefits, consumers have to ensure that the fish oil that they consume does not contain contaminants including mercury.  The results of a recent Canadian study also suggests that there are concerns that some fish oil supplements may contain polychorinated biphenyls (PCB’s) and organochlorine pesticides (Rawn et al, 2009).  Both polychorinated biphenyls and organochlorine pesticides are lipophilic which means that they have an affinity towards lipids or fats and are able to dissolve in them–this is one reason for the concern for these compounds being found in fish oil supplements.

Polychlorinated biphenyls (PCBs) are a class of organic compounds that were used in pesticides, flame retardants, paints, pesticides and more–then banned in the 70’s due to adverse health effects associated with their use.   To date, there continue to be several areas that have persistent pollution with PCBs including the Great Lakes.  Though they are no longer produced in the United States, PCBs are still found in the environment.  Adverse health effects linked to PCB exposure include skin conditions such as chloracne, lowered immune response, and possible cancers of the liver and biliary tract in humans among other concerns.

Is there cause for concern?

In this Canadian study which involved a sample of commercially available fish oil products that are marketed in Canada–all of the samples analyzed were found to contain detectable residues of both organochlorine pesticides and PCBs. Highest levels of PCBs were found in shark oil samples while the lowest PCB levels were found in mixed fish oil samples (anchovy, mackerel, and sardine).  This particular study found that seal oil consumption would result in the higher organocholorine pesticide consumption than other types of fish oil.

Total PCB intakes ranged between 0.896 ng/d (0.285 ng/d marker PCBs) and 15700 ng/d (7620 ng/d marker PCBs), in a supplement containing anchovy, mackerel, and sardines and a shark oil supplement, respectively. The seal oil supplement resulted in the next highest intake estimate (1560 ng/d). In comparison, consumption of a single 150 g meal of farmed salmon with an average PCB concentration of 17.5 ng/g would result in exposure to 2630 ng PCBs.

What can you to minimize your exposure to these toxins?

There are two things that you can do as a consumer of both fish oil products as well as fish.  First, try to avoid eating farmed Salmon, for example, as studies suggested that they contain higher levels of these persistent organic pollutants.  Secondly, if you’re going to take a fish oil supplement, ensure that your supplement has been 3rd party tested–specifically to conform to the International Fish Oil Standards (IFOS).

Let’s face it, who among us doesn’t want to lose some flab from around our wait or other