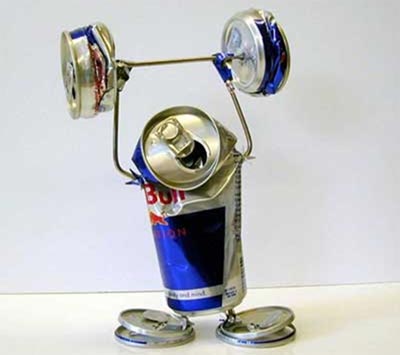 The marketing slogan that we’ve all heard by now for the popular energy drink, Red Bull, is  that “Red Bull gives you wings.”

However, if you’re not careful, Red Bull may be more likely to give you a gut instead.  For the regular version of Red Bull, it contains 27 grams of sugar which are similar to traditional carbonated beverages.   Consuming one or more cans of Red Bull per day will increase your caloric intake of simple sugars which can contribute to obesity and weight gain.

A recent article published in the journal, The Physician and Sportsmedicine, reviewed the evidence for two purported uses of energy drinks including improving athletic performance and promoting weight loss (Ballard et al, 2010). 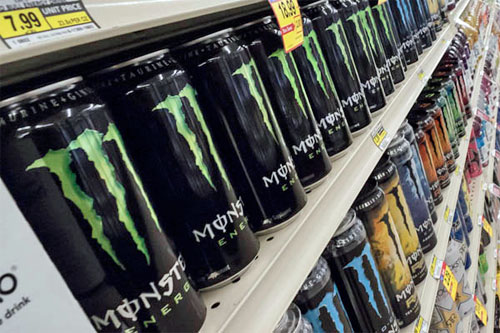 Does Red Bull Give You Wings?

Red Bull is probably the most extensively studied energy drink currently on the market.  Research on potential performance-enhancing effects have included the following results:

Of note, there have been some inconsistencies in the study results.  Overall, the potential performance-enhancing effects of Red Bull compared to a carbonated placebo beverage were not terribly impressive.

Most energy drinks make the claim that they stimulate metabolism.  One exception is the energy drink, Celsius, which is aggressively marketed for promoting weight loss.

As noted in the Ballard article, Celsius, Inc, funded a series of three studies at the University of Oklahoma which is the basis for their claims (5-7).

Personally, I still feel that weight loss particularly sustained weight loss is best achieved by healthy dietary changes when combined with exercise.  As well, I would probably like to see additional research to confirm the findings regarding Celsius’ marketing claims of “Burn up to 100 calories and more in each can.”

With the increasing popularity of energy drinks, it’s important to be cognizant of the potential adverse effects associated with their consumption.

The main ingredients found commonly in energy drinks that warrant concern–especially in combination is a large amount of caffeine combined with guarana (which contains caffeine, theobromine, and theophylline) as well as taurine, an intracellular amino acid.   As well, energy drinks often contain sugar in quantities that exceed the recommended daily amount.