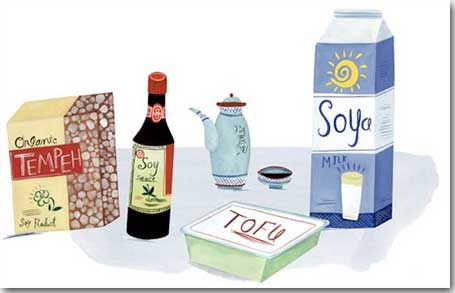 Other Sources of Isoflavones or Phytoestrogens:

[box type=”note”]However, these sources of phytoestrogens differ in their composition of isoflavones which basically means that they have different effectiveness potential at relieving menopausal symptoms.[/box]

For this particular review, they included data from previous published research studies involving soy as a dietary supplement, extract, or concentrate for a minimum duration of 12-weeks.

Phytoestrogens have accumulated sufficient evidence to endorse its alternative use in handling climacteric vasomotor symptoms, and such benefit seems to be supported on its isoflavone content.

Although the overall combined results and the results by subgroups (according to the type of supplement used) showed a significant tendency in favor of soy, it is still difficult to establish conclusive results given the high heterogeneity found in the studies.

Overall, this review which included data from 19 studies found some evidence for the effectiveness of soy phytoestrogens at relieving vasomotor symptoms of menopause.  However, there was some heterogeneity in these results which is probably due to differences in doses or types of soy supplementation used in these studies.

Other Natural Remedies for Menopause: