How to Shrink Your Enlarged Prostate Naturally? 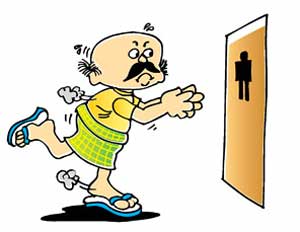 How to Shrink Your Enlarged Prostate Naturally?

Considered a normal part of aging, benign prostatic hypertrophy is also a common health condition.  In fact, an estimated 14 million men in the United States have this condition.

For those who suffer from benign prostatic hypertrophy which is also referred to as benign prostatic hyperplasia, or BPH, they’ll probably tell you that there’s nothing normal about the urinary frequency, hesitancy, or urgency that they experience–not to mention the straining or poor urine stream.  Yes, these are all symptoms of this condition.

How Is Benign Prostate Hypertrophy Diagnosed?

Tests that your doctor will perform to make this diagnosis include the dreaded digital rectal exam, a prostate-specific antigen test, and others (ultrasound).  It’s also important that your doctor rules out other possible causes of these symptoms such as prostate or bladder cancer.

If you’re diagnosed with benign prostate hyperplasia (BPH), your doctor may discuss treatment options with various types of medications such as Finasteride (Proscar) or Dutasteride (Avodart).

Alternatives Treatments to Shrink Your Prostate?

In Europe, saw palmetto is a popular option for treating BPH though it is not considered the standard of care in the United States.  It’s still the most popular herb used for treating this condition.

Few severe side effects of saw palmetto have been reported in the scientific literature (Avins et al, 2008).

“High-quality scientific studies have shown that saw palmetto is no more effective than a placebo (an inactive substance) in relieving urinary tract symptoms caused by prostate enlargement. These studies include a 2011 NIH-funded study that tested saw palmetto in amounts up to three times the usual dose.”

Lycopene is less well-studied for the treatment of BPH compared to saw palmetto.  However, researchers are beginning to study the role of lycopene (from tomatoes) in the prevention of prostate cancer and for the management of BPH.  A recent pilot study by Schwartz et al (2008) found that consuming 15 mg/d of lycopene extract actually inhibited the progression of BPH.

Specifically, they included lycopene, Vitamin D, pomegranate juice, and omega-3 fatty acids as supplements that have been shown to have a protective role in the prevention of prostate cancer.

Dietary Factors and Your Prostate Health?

For those who’re looking to shrink their prostate naturally, there are also important changes to your diet that can be helpful.  A study examining the risk factors for developing BPH followed 4,770 men for a period of 9 years.  The researchers found some evidence that supplementation with lycopene, vitamin D, and zinc may reduce the risk of BPH (Kristal et al, 2008).

As well, the study authors concluded:

“A diet low in fat and red meat and high in protein and vegetables, as well as regular alcohol consumption, may reduce the risk of symptomatic BPH.”

Are you looking to maintain healthy skin and optimize your diet to slow down skin aging? If so, you