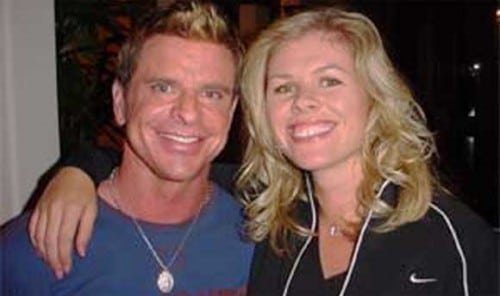 Thinking back to the early 1990’s, creatine monohydrate created somewhat of a paradigm shift in the marketing of dietary supplements to the bodybuilding market. From my recollection alone, two primary methods were used to market bodybuilding supplements at that time. The first method involved endorsements which were usually found in bodybuilding magazines from various professional bodybuilders.

Typically, you would see a full-page ad in one of these magazines featuring a 250 lb bodybuilder (or larger) with maybe less than 5% body fat with a smile on his face endorsing some new supplement. Though most astute readers would probably question whether or not this spokesperson’s results were from this new featured product or years of steroid abuse, this method of marketing seemed to produce results.

To be certain, the second method of marketing dietary supplements was no more convincing. This method featured the ‘before and after’ photos along with quotes of “I gained X lbs of muscle mass and lost X Lbs of fat while taking this supplement for 8 weeks!” In most cases, the individuals in these before and after photos would be holding up a newspaper or magazine with the date highlighted.

Often, these photos were quite humorous as you could be pretty certain of two things. First, the individual would be ten shades darker from a tanning lotion or bed in the after photo. Secondly, the same results could often be produced in front of your mirror by deliberately protruding your abdomen to recreate the ‘before” photo and subsequently ‘sucking it in’ to create the ‘after’ photo. Either way, these companies usually solicited individuals to send in their before and after photos with lucrative prizes being offered to the winner.

When did creatine reach the market?

From my understanding, creatine monohydrate first became commercially available for strength enhancement in 1993. At the time, it was brought to market by a company called Experimental and Applied Sciences (EAS) under the brand name Phosphagen®. Though the popularity of the first two marketing methods has not waned, companies now have a third element in their marketing toolbox which includes providing clinical research evidence to support their products.

Years later, creatine monohydrate use remains popular among athletes. A previous article post of mine reviews a clinical study that suggests that creatine actually does work to increase muscle hypertrophy. To support this, a recent study published in the international journal of sports nutrition and exercise metabolism suggests that creatine supplementation may increase levels of intramuscular IGF-1 (Burke et al, 2008). IGF-1 or Insulin-like growth factor 1, is an anabolic hormone that has a structure similar to insulin.

Additionally, another recent research study (Kerksick et al, 2007) suggests that subjects who consumed creatine when combined with either protein or colostrum experienced greater gains in fat-free mass (FFM) in comparison to subjects who consumed protein and colostrum or protein alone. Strictly speaking, colostrum is the early milk produced for a few days after delivery. From a dietary supplement perspective, bovine colostrum which is derived from cows is commonly marketed. Colostrum contains protein, carbohydrates, antibodies, and growth factors.